Amla - the Heavenly Fruit of India

AMLA is the fruit of a plant with the Latin name Phyllantus emblica, or Emblica officinalis.

Emblica officinalis (Amla) belongs to the family Euphorbiaceae and grows to the size of a medium-sized tree that grows in plain areas and in the foothills across the Indian subcontinent at altitudes from 200 m to 2000 m. In India, Amla is considered a sacred tree for its very nutritious so-called "heavenly fruit", which is a rich natural source of vitamin C with a high content of antioxidants. The Amla fruit is recommended in Ayurvedic medicine for the nutrition of body tissues and the overall regeneration of the organism.

The dominant active ingredient of Amla is a group of tannins derived from gallic and ellagic acids. Numerous scientific studies have shown that the health effects of the Amla fruit are mainly due to the presence of large amounts of tannins, which have very beneficial health effects on the respiratory tract and intestinal activity. Analyzes have shown that polyphenols significantly contribute to the reduction of lipid and sugar blood levels, strengthen blood circulation, block the effects of carcinogens and overall have a very positive effect on the regeneration of cell tissues. What was previously thought to be the predominant action of the vitamin C component is actually due to the effects of tannin, which behaves like a vitamin. Amla is therefore successfully used in oncological therapy and also to protect the cardiovascular system with increased cholesterol level and prevent the subsequent vascular damage. The tannin compounds found in the Amla fruit have been tested for three important free radical scavenging enzymes. Numerous research has further confirmed that Amla fruit strengthens the protective mechanisms against stress-induced free radical damage.

Ancient Indian writings mention the following wide range of health effects of Amla: helps with coughs and colds, has a beneficial effect on good digestion, relieves stomach and intestinal problems, helps with chronic gastritis and colon inflammation, lowers body temperature and relieves thirst, promotes heart and brain activity, contributes to the overall health of the cardiovascular system, slows down the aging process due to high levels of antioxidants, increases the amount of red blood cells, acts as an excellent tonic for the healthy functioning of blood, bones, liver, gall bladder, spleen and heart. It helps eliminate toxins from the body, improves visual functions and has a positive effect on hair growth.

According to old legends it is also said that in ancient times the sage Chyawan restored his poor health by consuming this fruit along with other herbs and lived to a very old age. This rejuvenating herbal preparation has since then been called Chyawanprash and is also known as the "Ayurvedic elixir of youth."

Amla is also unique in that it contains five of the six known tastes. It is sour, astringent, sweet, bitter and pungent. This combination of flavors gives Amla the ability to very well balance the three energy principles of vata, pitta and kapha. In addition, together with other fruits Bibhitaki and Haritaki form a well-known Ayurvedic combination Triphala, which supports the health, mental and physical resistance of the body, the immune system and is excellent for detoxifying the intestinal tract.

There are many reasons why to try Amla - whether to prevent and strengthen immunity or to support a particular health problem. Due to its broad-spectrum effects, Amla can be an excellent help in building firm and strong health. We offer Amla fruit Natural (100g) dried in the sun and unsulphured. 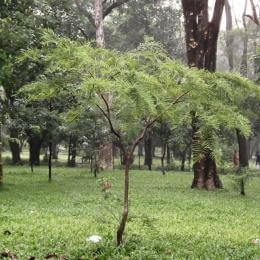 Find Out Your Dosha Constitution Easily
See our shop

I have a pollen allergy. I undertook a 7 year long treatment on imunology, but nothing happened. I started to drink Dalchini and after two days all symptoms were gone. I don't know if it can be a miracle, but I think so :)

Hello, I have very good experiences with effects and quality of your teas, especially with ASHWAGANDA.

I recommend Pachaka tea. I have been suffering from a pain under my left rib - stomach or spleen problem. After a few days' use, the pain was gone. The effect is amazing. Now I am trying Bhringaraj for hair.

Hello, I have been buying your teas for a long time and I deal with a very nice and capable sales representative. She tries to provide me with lot of information, unlike other companies.

The teas are great. I use them for urinary disorders. No need for antibiotics. Thank you.

After tasting your Chywanprash I must say that it is absolutely unique. It is very tasteful, has a strong herbal effect on physical and mental health. It rejuvenates the body and gives energy. It is great! Thank you.

Hi, Shunthi tea sorted out my several years long persistent flatulence problems. Nothing else was really helping me, only this tea!

Hello. I am very happy with your teas. I have tried several of them and all of them were super. Thanks

I came by your products via my friend. She is recovering from her neck of the womb surgery and I can see that the tea she is using is doing good to her. I wanted to try it so I am drinking the stomach tea. I only started and I feel better.